27 January 2021: Kate Kelland writes this for Reuters: Microsoft co-founder turned philanthropist Bill Gates says he has been taken aback by the volume of “crazy” and “evil” conspiracy theories about him spreading on social media during the COVID-19 pandemic, but said on Wednesday he would like to explore what is behind them. In an interview with Reuters, Gates said the millions of online posts and “crazy conspiracy theories” about him and about top U.S. infectious disease expert Anthony Fauci had likely taken hold in part because of the combination of a frightening viral pandemic and the rise of social media. “Nobody would have predicted that I and Dr. Fauci would be so prominent in these really evil theories,” Gates said. “I’m very surprised by that. I hope it goes away.” Gates, a billionaire who stepped down as chairman of Microsoft Corp in 2014, has through his philanthropic Bill and Melinda Gates Foundation committed at least $1.75 billion to the global response to the COVID-19 pandemic. That includes support for some makers of vaccines, diagnostics, and potential treatments. Since the pandemic began a year ago, millions of conspiracies have spread over the Internet, fuelling misinformation about the coronavirus, its origins and the motives of those working to fight it. They include claims that Fauci and Gates created the pandemic to try and control people, that they want to profit from the virus’ spread, and that they want to use vaccines to insert trackable microchips into people.

What does the future hold for Bill Gates…

Is Bill Gates really operating “from the dark side?” Some say yes, others say no. What we do know, is that this man possesses the very rare master number 22 life path (The Master Builder) and has a life path number related experience starting in 2029 and ending in 2030. Importantly, in 2029 (2029 = 2+0+2+9 = 13 = 1+3 = 4; 2029//13//4; 13 is the karmic octave of 22) a No13//4 universal year, his 22//4 synchronises perfectly with his ONLY karmic lesson, being numerology number 6 which centres around family, relationships, responsibility, matters of the heart, sense of community, loyalty etc. Given this, when asking “what does the future hold for Bill Gates?” one thing you can be 100% certain of, is according to his Intelligent Mathematical Blueprint, 2029 will be THE YEAR when much is revealed, one way or another, about one of the richest and most powerful men in the world. 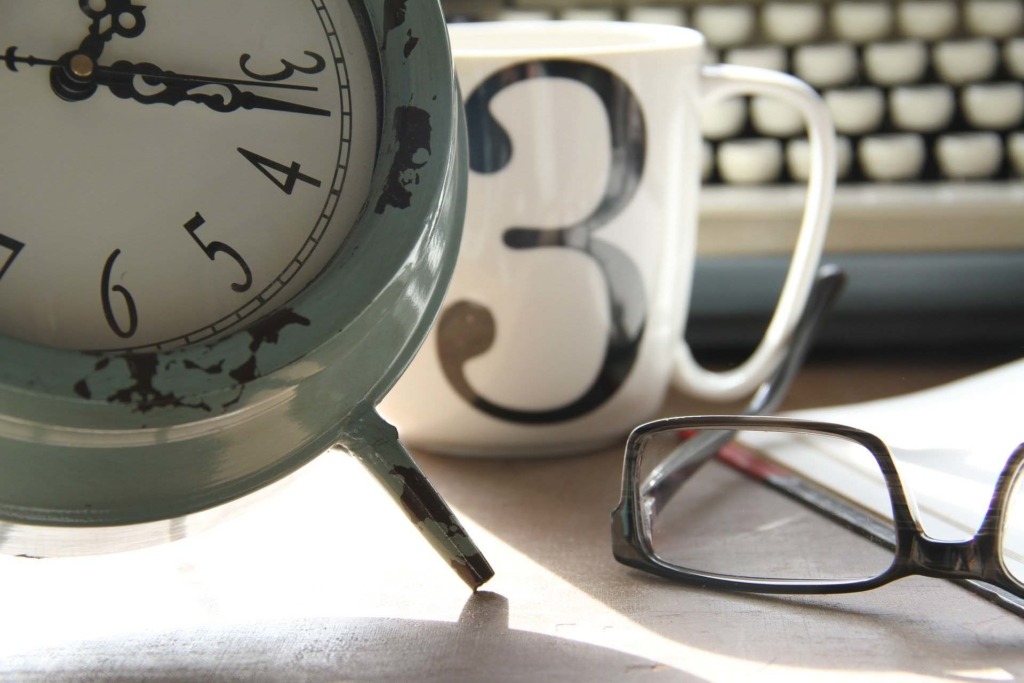 The name Bill Gates synchs with Master No33

His full birth name, William Henry Gates totals 84//12//3 – therefore his primary expression number is numerology No3, the imaginative, inspired, creative communicator. The name through which he meets and greets the day but, Bill Gates (Bill = 2+9+3+3; Gates = 7+1+2+5+1; Total = 33//6) brings into frame, the extremely rare Master Number 33//6 (The Master Teacher) which has within it, both master number 22 (The Master Builder) and master number 11 (The Master Intuitive and Visionary; which is Gates’ primary personality number, sequence 47//11//2 to be precise).

His ONLY karmic lesson resides around numerology No6

If you look at the numbers that make up his full birth name, you will notice that the ONLY number that is missing is the No6, which makes it his karmic lesson. So, where in his above birth chart, does the No6 appear, because that is where his No6 karmic lesson would play out? It appears as his shadow / emotional professional attainment number (see TSSPR 15//6; bottom right of his birth chart). It also brings his daily call name, Bill Gates (33//6) into frame. Having only one karmic lesson implies that Bill Gates’ subconscious self (SCS) is the No8 (9-1 = 8) which means that what really drives him emotionally (invisibly and from below the surface) is everything that the No8 resonates with, this being money, power, wealth, status, being in control, authority, matters material etc. Not only does Gates have the No8 (the deep desire for wealth and power!) as his SCS but he also has many No1s (the one who simply has to be in charge, calling the shots; the dark or shadow side of No1 is the narcissist) in his numerology chart (Birth DD 28//10//1; Birth MM 10//1; Primary Soul Urge 37//10//1). Couple this to his Arrow of Determination which functions at Level 5 intensity (i.e, he will not give in until he gets his way) 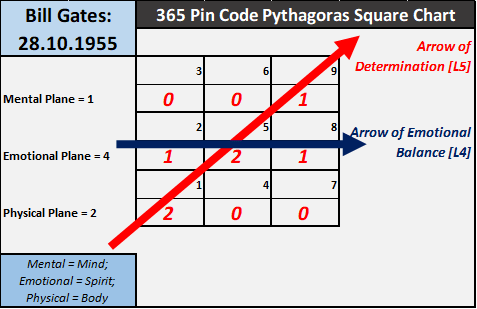 People always fear change. People feared electricity when it was invented, didn’t they? People feared coal, they feared gas-powered engines… There will always be ignorance, and ignorance leads to fear. But with time, people will come to accept their silicon masters. Bill Gates 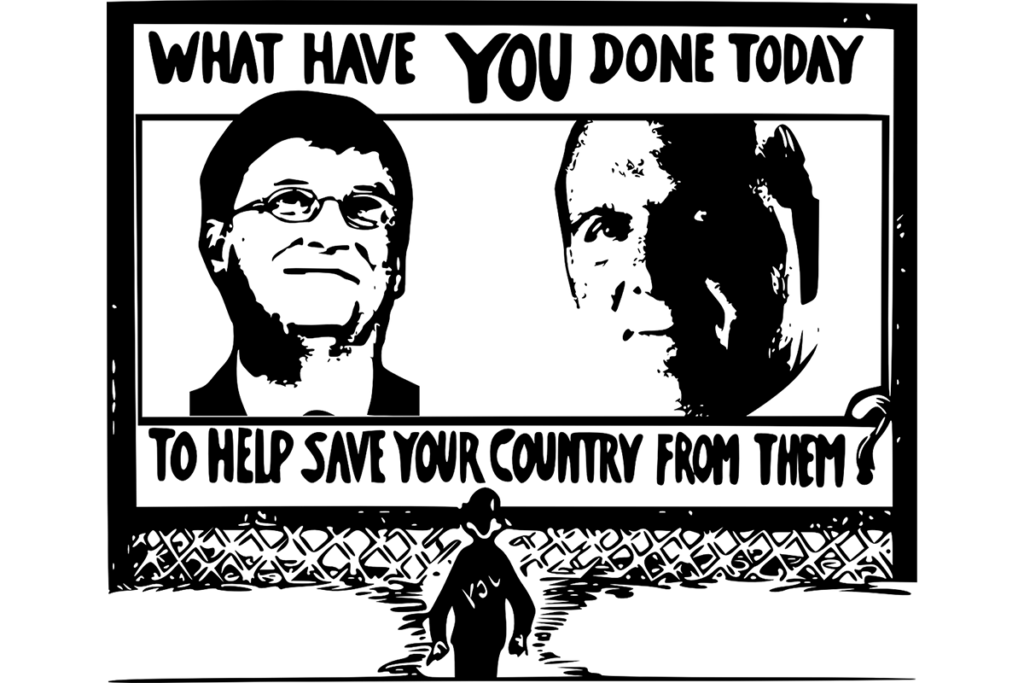 Bill and Melinda Gates’ divorce was already expected to get somewhat messy because of their massive fortune, but there are new factors that may make things even stickier. According to a new report from Vanity Fair, an increased spotlight on Bill, 65, may expose inappropriate behaviour toward his employees. For many years, the tech pioneer has been plagued by rumours such as being an unpleasant boss. Now, a former employee is alleging to Vanity Fair that Gates is, in fact, difficult to work with. The source claimed that Gates frequently used nondisclosure agreements (NDAs) to suppress such rumours. “For such a long time you were told, ‘You have an NDA. You can’t talk,’” said the ex-employee, who said they signed such an agreement. The insider was encouraged to speak up by the rise in interest in Gates’ workplace behaviour, but the former employee is also aware that the tech giant has attorneys that are “not nice” waiting in the wings. A source told Fox News, however, that all Microsoft employees sign an NDA, as is commonplace in the tech industry. NDAs were not used selectively by Gates to silence detractors, the source said. The employee that spoke to VF accused Gates of being impatient and demanding – though the publication notes that such behaviour is not unexpected in the fast-paced and competitive world of tech. Gates was “unrelenting” and “condescending,” said the source. “He would ask you a question, and when you answered, he’d look at you and go, ‘That is NOT the right answer.’” Since news of Gates’ split from his wife broke, rumours have swirled about extramarital affairs. Such affairs were somewhat of an open secret amongst his circles, claimed the former employee who signed an NDA. They remembered multiple occasions when Gates arrived at the office driving a Mercedes just an hour before leaving in a golden brown Porsche that a member of his security team brought. “We all assumed that it was when he was with women,” the source recalled. “I knew there were many offsite meetings that were not on his calendar.” Another source close to Gates doubled down on the idea that his affairs weren’t exactly secrets, while a third insider noted that the tech giant was “one of the most intensely scheduled people on the planet.”

The worst pandemic in modern history was the Spanish flu of 1918, which killed tens of millions of people. Today, with how interconnected the world is, it would spread faster. Bill Gates 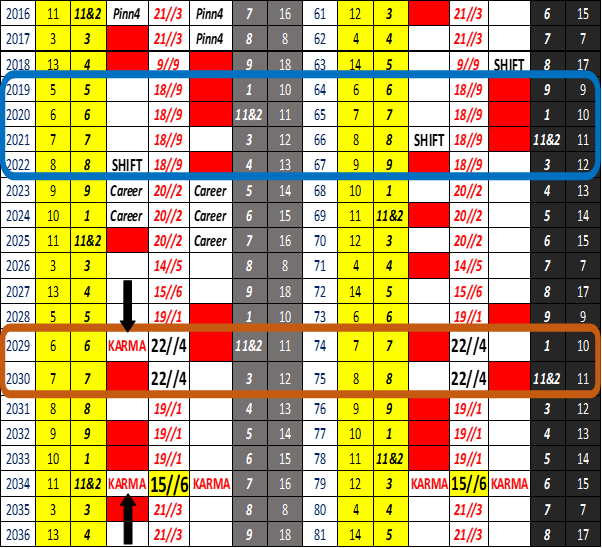 The above table sheds much light into this numerology case study around what does the future hold for Bill Gates, with, as alluded to earlier, 2029 (a karmic 13//4 universal year) and 2030 being the years when his No22 life path number presents in full force for the first time ever (not since his birth has the No22 presented as his AEN, and it never appears again through to age 100)! Of critical importance is that in 2029, his No22 LFP synchronises with his No 6 karmic lesson (top black arrow)! Moreover, in 2029, on a personal emotional level, his No22 AEN synchronises with his No11&2 emotional year. Know and remember this about numerology life path mapping sequences: when two master numbers align, if you have been up to no good (abusing and misusing the masterful talents / gifts that you were born with) the moment you are brought to book will be in the most brutal way, because as you sow, so shall you reap (Law of Karma / Law of Cause and Effect) and nobody is above this Universal Law. 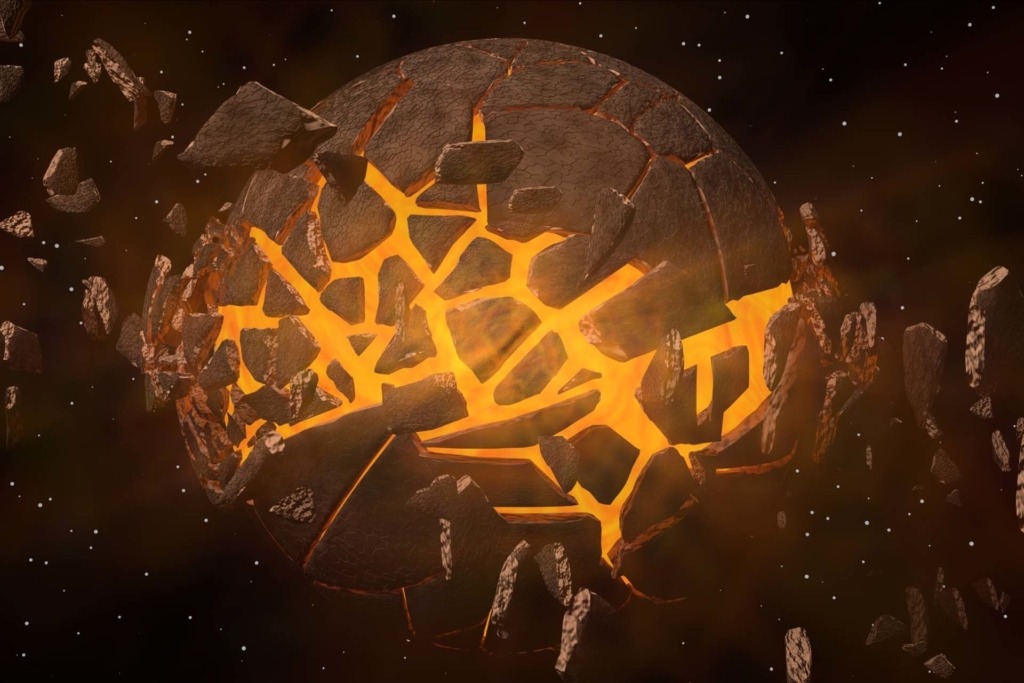 Reviewing the column of RED AENs it is clearly evident that from 2031 through to 2033, his world is dominated by karmic debt number 19, which has this life lesson as its central tenet: “If you have cynically and clinically enriched yourself at the expense of others, you will have to face the consequences of your collective actions, and this, karmic 19 is in frame, implies the complete loss of independence and public humiliation.”

Remember that Bill Gates’ only karmic lesson in the No6? Can you see that his AEN for 2034 (a No9 universal year, 2034 = 2+0+3+4 = 9, which indicates the end of a universal cycle of 9) is the No6 and that this presents for one year only? This implies an extreme karmic lesson experience, so yet again, and only time will tell, if Mr Gates has as the “conspiracy theorists” believe, been up to no good, then this is when his pinnacle karmic experience will be delivered and in a way that henceforth directly impacts his Professional Attainment Number (21//3 – see TKSPR, top right of his birth chart).